You are using an out of date browser. It may not display this or other websites correctly.
You should upgrade or use an alternative browser.
B

Would this work? Any pictures?

Would this work? Any pictures?

That is the same one I used. Sorry for the late reply. I'm just now seeing this.

So today I finally pulled the engine/transmission. My other engine is almost done at the machine shop. I've got 18 days left that I can work on this before I take off to Vegas in it. I subtracted the days I work so yes 18 days left.
Here's what else I've got to do:
Pull the front subframe and replace the bushings for it and the rack/pinion. Also degrease the shit out of it. It's bad. Replace the upper control arms with my originals since I pressed new Toyota bushings into them. Replace the ball joints. Swap everything from old engine onto new engine. Re-install everything plus a new Shaftmasters one piece driveshaft and my new HKS Turbo exhaust that looks stock. I'll be selling my Tanabe Medallion catback. It sounds amazing but I want a dual tip stock looking muffle. Replace entire speedo cable. I bought a JDM auto tranny from a 7MGTE so will get new seals and filter for it.
Hopefully I can have all kinks and issues worked out in time before I need to leave. Supras in Vegas here I come in my Supra.....hopefully. If not I'll either fly or drive my Mercedes. 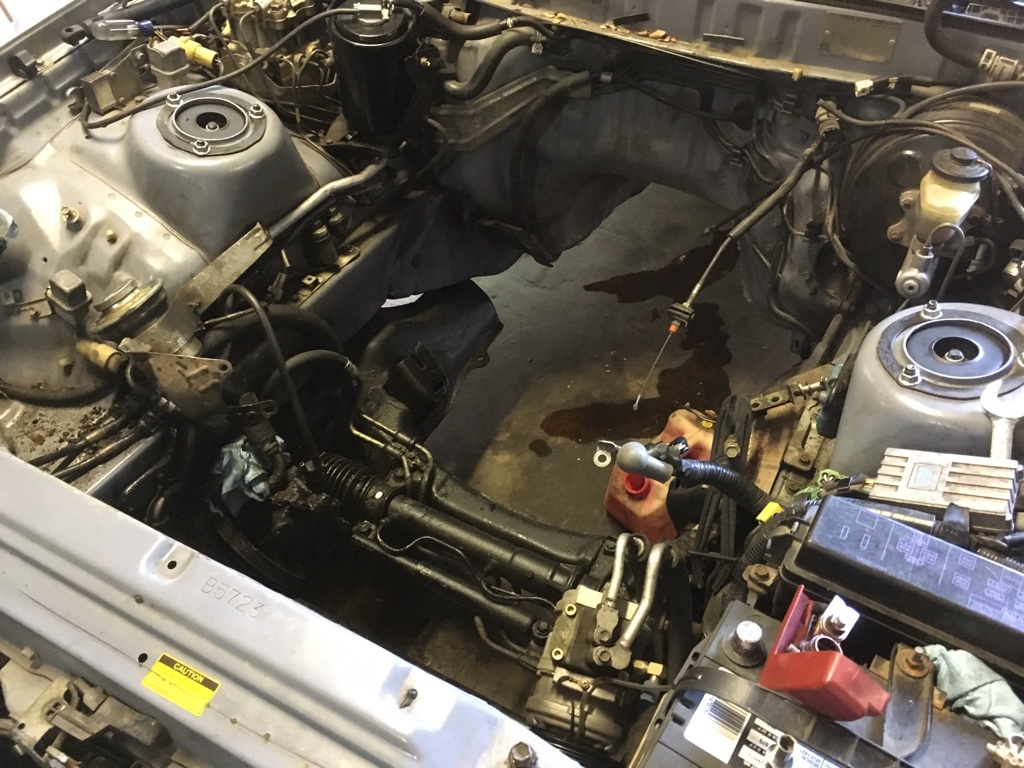 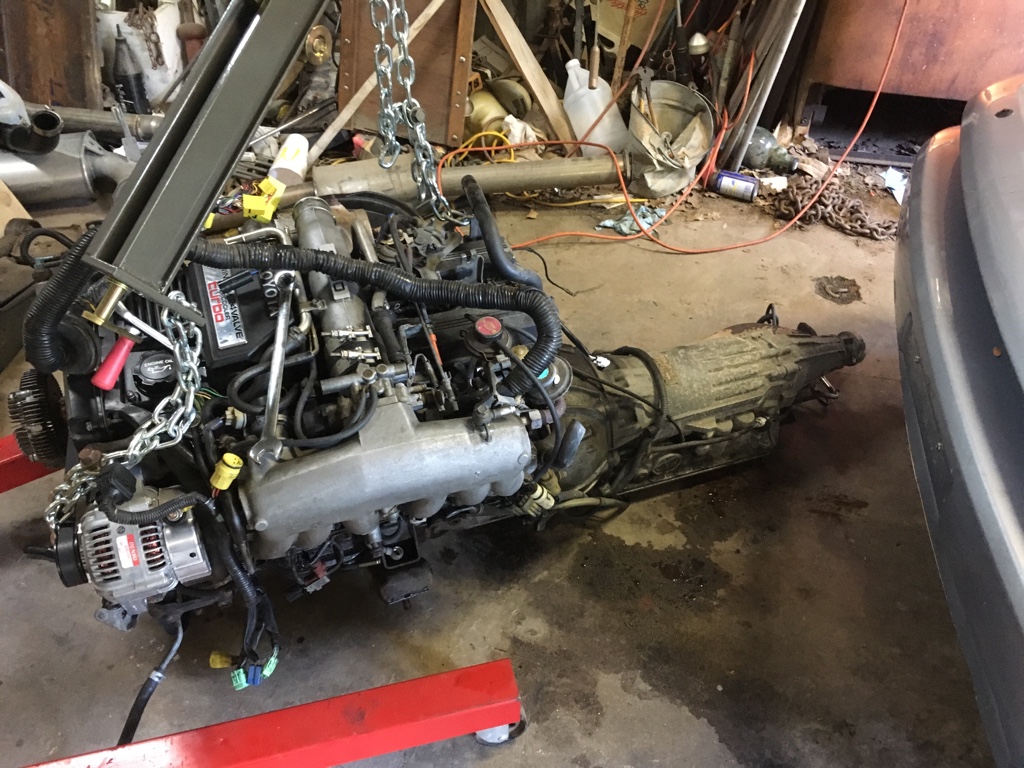 Sent from my iPhone using Tapatalk

JK Ken, good luck and have a safe trip.

JK Ken, good luck and have a safe trip.
Click to expand...

I'm giving the 7M another chance! There'll be plenty of pictures along the way.

Good thing youll have A/C on the way there.

Yep. You'll notice I did NOT remove the ac compressor with the engine. It'll make putting the engine back in a little more difficult, especially if I have to do it alone, but didn't want to have to have the system evacuated and blah blah blah.

I did get the new speedo cable in. Today I'm trying to muster up the energy to start on the front subframe.

Wait a minute............if I disconnect my AC unit, I have to get the system evacuated and blah blah blah...........no wonder the bitch blows hot air. Why do they make working on cars so difficult?

Well I had to admit defeat and say fuck it. I was going to replace the front subframe bushings but will do so at some other point in time. I did get it lowered but with the heat, mosquitos and all the aches of my 47 yr old body I just threw in the towel. However, I did replace the upper control arms and lower ball joints. New brake lines, rotors and pads are on the way. Sometime after Vegas I'll take the car and put it on a lift and see about replacing the bushings that way since the subframe doesn't have to be detached from the car to do it. Until then I'll just torque the shit out of it.
My engine should be ready by the end of this week hopefully.

gtsfirefighter;2080597 said:
Well I had to admit defeat and say fuck it. I was going to replace the front subframe bushings but will do so at some other point in time. I did get it lowered but with the heat, mosquitos and all the aches of my 47 yr old body I just threw in the towel.


Sent from my iPhone using Tapatalk
Click to expand...

LOL!. I feel you right there. I'm 46 and hurt like hell after a day of turning wrenches. I have my supra, mr2 and starlet to complete and then I'm done building cars. Hopefully I'll be done in 2 more years then it'll just be maintenance of my babies.

Jay I've had back, neck x 2, and a shoulder surgery. You have no excuse not to have that 2J in your car haha. Gitter done! Well maybe wait till it cools off a little.

I'm less than a month away from starting. I don't know how fast it will go because my daughter has travel ball every weekend and my help has a lot of stuff going on with his cd009 shifter and conversion sales

At least you have some help. I have none. Doing all of this solo.

It's not free help. I have to pay him and I'm sure in the great state of Texas, there are people willing to work on cars if paid..........lol

Is this thing on?

Oops sorry. I did get my engine back finally and have it almost ready to go back in which is good because I leave for Vegas a week from today so with my work days excluded, I have 4 days to get the engine/trans in, the one piece driveshaft and my new HKS exhaust. Then I just have to hope and pray I don't have any significant issues. I'll be taking a fair amount of tools, spare parts and all the extra nuts/bolts I'm finding leftover. Because of the time crunch I'm having to pass on the beautification process and just put it all together. I am degreasing things as I go along but the engine bay has only gotten a light going over. One issue I've run into so far is the JDM trans I bought for it only has 3 plugs and the old one has 4. If I have time, (not likely), I'll try to swap the harness's but we'll see. I may just have to put the old trans back on it. There was nothing wrong with it other than having 180k miles.
You must log in or register to reply here.
Share:
Facebook Twitter Reddit Pinterest Tumblr WhatsApp Email Share Link
Top Bottom