You are using an out of date browser. It may not display this or other websites correctly.
You should upgrade or use an alternative browser.
A 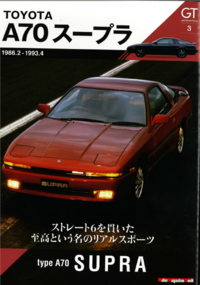 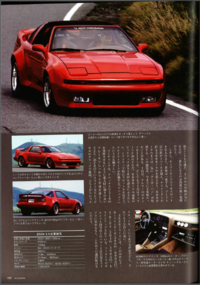 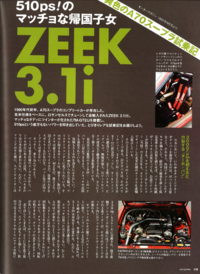 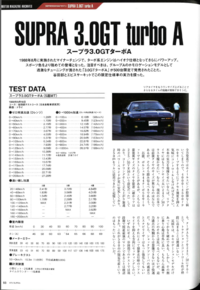 I wonder what ZEEK did in the motor?
A

trofimovich said:
I wonder what ZEEK did in the motor?
Click to expand...

Here is a wonky google translate from my android phone.

Based on the 3.1i North American specifications, the ZEEK 3.11 was tuned in Los Angeles and reimported. In the early 1990s, there was a complete A70 Supra car. Equipped with a twin-turbo 7M-GTEU in a macho body, it was hitting out power that was not there. Let's deliver an exceptionally rare test drive. A staggering 510ps
Most of the engine, such as the piston, cam, and crankshaft, have been reworked, and the 7M-G modified piping that generates nearly double the power of the stock and heat countermeasures have not been overlooked. Equipped with two IHI RHC-6 turbines.
In Japan, it is quite difficult for a so-called tuned car to obtain a number. In that case, if you import a car that has been tuned in a foreign country and pass an exhaust gas inspection to meet safety standards and other regulations, you can obtain a number with official approval even if the power and appearance are different from normal. ZEEK of Again Corporation (at that time) also sells North American Supra tuned in California. The top model of the ZEEK series is 3.1. Noteworthy is the power unit. 30 7M-GTEU increased displacement to 30 97C, Karl Schmidt forged piston, 272 degree high cam,
The clutch and suspension have been strengthened so that it can handle power. The exterior also deserves to be proud of 510%. The overall width, which is 155mm wider than the normal, is devoted to the blister fender.The wheel that fits inside is 9/15 front. The front tires are 245 / 40ZR17 335 55ZR17 wide. The large front and rear spoilers are also eye-catching, and at first glance, it is hard to believe that it is a 70 Supra. Let's get on board. The base is the North American Supra, so the instrument panel is the same as the Japanese version, except that the steering wheel is on the left.

It has been replaced with a 330km/h scale, and there is a triple meter such as a boost gauge on the upper part of the passenger side dashboard, and a fuel controller etc. in the glove box under it. Sit in the optional full Recaro bucket seats and buckle up with Simpson's four-point seat belts. If you twist the key normally, the 510p wakes up without a hitch. However, the exhaust note is impressive. The clutch is not as heavy as you might think. Rather, I feel that the limited production Supra 3.0GT Turbo A was heavier. Still, I'm a little cautious about starting. Raise the engine speed to 2500-3000rpm and connect the clutch with a pop. rotate
Tighten up. If the speed is too low, tires with too good grip will cause the engine to stall. Once you've started running, there's nothing to worry about
It is also possible to drop it and make it flow faster than Avex. The width of 1.9m is worrisome, but the most worrisome thing is the hot gaze of the surroundings. But when you hit full throttle on an open road, the world changes. When the boost gauge needle exceeds 1 bar and the tachometer needle also exceeds 3000 rpm, the “turbo bang” explodes at once up to 6000 rpm. I have experienced this feeling twice before. One is Kremer's Porsche 911 Turbo. And the other is that of the Ferrari F10. Pickup around 6000rpm is suitable to talk about 510%. When the throttle is released during upshifting, the sound of the wastegate actuating, “Pushung!” is also impressive. The ring was firmly dropped with a good brake at the time of entry so as not to show 510 yen in Avex, and the wreath of 335321
It's safer to go full throttle, and still more than fast enough. The ZEEK series also includes the 30i twin turbo (280p / 6.9 million yen) and 3.0iNA (204B / 4.9 million yen). If you want a Subra that has as much power and attention as a Ferrari or Porsche, there's no better choice.

Interesting information! Thank you very much!
Reactions: alcyon
A

Kousouku Yuen Vol 80. This magazine is quite cheap. you can buy from Mooneyes Japan. 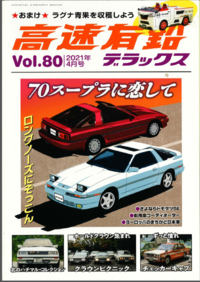 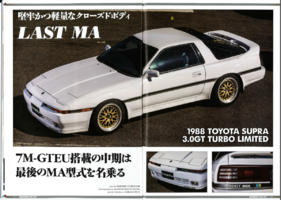 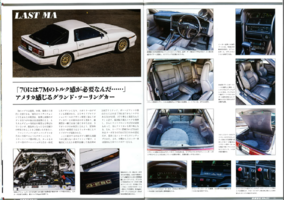 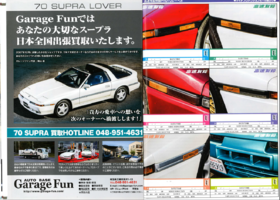 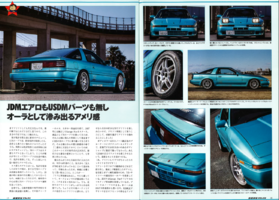